Adolescence and gender: EDIGA, a research project on identity constructions in the 21st century

The EDIGA (Digital Environments and Gender Identity in Adolescence) project seeks to analyse and understand the role that digital environments play in the process of gender identity construction during adolescence in different sociocultural contexts – Spain, Mexico and Uruguay – thus making contributions to both families and schools.

Identity is built through interactions and negotiations with other persons. Consequently, the digital environments the young navigate through are not just mere instruments for entertainment and consumption, but they act as mediators of experience and on the reproduction and the organisation of cultural meanings and practices. It is for this reason that it is important to assess the processes of appropriation of technologies as a function of the meaning people give to their use on the basis of their own biographical trajectories and their different and dissimilar cultural competences (Winocur, Rueda & Benítez, 2018). In this context, digital devices seem to encourage dialogue and interaction, and emerge with democratic and decentralised nuances but they do not challenge their heteropatriarchal nature (Macharia, 2015). From a gender perspective, a critical gaze is required that examines how gender power devices come into being and what social practices they reproduce. In other words, who is privileged and who is sidelined on the Internet (Beyerly, 2011), and what the implications of this process are for gender identity construction.

Prominent among the specific objectives of the project are: identifying patterns in the practices found in digital environments; understanding the influence of social and family environments and affinity spaces in the construction of gender identities in adolescents (in different sociocultural and economic contexts) from each of the countries involved in the project as well as obtaining a detailed picture, from a gender perspective, of the practices that take place in digital environments and drawing up reports with guidelines for the schools involved so that they are able to know the situation of their students.

EDIGA was created – amidst a lockdown that lasted months and complex health situations in the different countries involved – through a number of virtual meetings where the theoretical framework was addressed and work on the state of the art began on the basis of three key axes for the project.

A mixed, explanatory method design has been used which optimises data collection. These data will be subsequently triangulated using a variety of methods. The project, therefore, seeks to collect data in an initial quantitative phase through a survey and the use of AI-based tools for automatic datamining in the most used digital environments by resorting to classification techniques such as clustering, regression algorithms, decision trees, etc.; and subsequently in a qualitative phase through discussion groups, leading to an overall view of what is happening in these three countries, but also contributing to a profound understanding of the practices they engage in, thus getting closer to adolescents and discovering elements that until now have not come to light.

Before embarking on the design of the questionnaire, it was necessary to look into what adolescents do – in the near contexts of each country –, which digital spaces they were in and what activities they engaged in these spaces. Therefore, using semi-structured interviews, we talked to girls and boys aged between 12 and 16. The objective was to collect data that are not included in the many publications reviewed in order to have a further pillar on which to construct the questionnaire.

This gave us an opportunity to glimpse adolescents in virtual environments, mainly social networks and analyse what goes on when an adolescent uploads a photograph on his or her Instagram, Twitch streams, retweets the opinion of a celebrity or participates in a TikTok challenge, focusing on the role played by gender. This is a two-way process: how environments affect or condition this configuration and, in turn, how this identity permeates their interventions on these spaces. The next steps in the project will allow us to unveil the “backstage” and gain a deeper understanding of how it is related to gender.

At a time of social emergency in view of phenomena such as sexting, grooming, the on-line replication of stereotypes, the male chauvinist attacks on gender equality rights, etc., it is important to achieve an in-depth understanding of how subjectivities and gender identity construction are built in the digital environments the young use.

This project is financed by the Spanish Ministry of Science and Innovation and Universities and will be conducted between 2020-2024 under the co-ordination of the Stellae Research Group of the University of Santiago de Compostela. In Mexico, the project has the participation of the Departamento de Investigaciones Educativas del Centro de Investigación y de Estudios Avanzados (DIE_CINESTAV), and the Universidad Pedagógica Nacional and the contribution from Uruguay is by the Departamento de Apoyo Técnico Académico (Virtual Learning Environment Programme), and the School of Engineering. 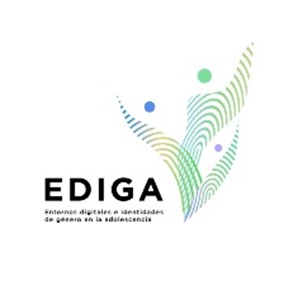