Europe has historically been a meeting place for peoples and cultures sometimes in harmony, sometimes in conflict. The so-called European culture cannot be understood without the long-term entanglement of ideas, languages, and customs. Contemporary Europe is characterised by a high level of cultural, socio-economic, and ethnic diversity, and the times ahead indicate greater diversification than ever before. It is undeniable that the drivers of migration remain part of the global socio-political agenda and, more importantly, are becoming stronger. International conflicts in various parts of the world, climate change that persistently threatens food production worldwide, and a continuing and growing income inequality are major triggers for migratory movements.

At present, an estimated 258 million people live in a country other than their country of birth, which, according to figures released by the United Nations Department of Economic and Social Affairs in December 2017, represents a 49% increase since 2000. In 2015 Europe faced the largest immigration flows in its history. Immigration and terrorism appear at the top of concerns among European citizens, increases in anti-immigrant attitudes, Islamophobia, hate speech in the media and right-wing political discourse are a general trend in European societies. In this context, we cannot act as bystanders and spectators.

In this context, one of the many challenges facing European education systems is the reception of migrant populations. This situation becomes evident in the case of Spain, as it is one of the gateways to Europe. In 2000, a total of 923,879 foreigners resided in Spanish territory; by 2020, this number had increased to a total of 5,423,198 (IDESCAT, 2020).

Hence the importance of the European Horizon2020 programme on Migration, which grants projects such as MiCreate – MigrantChildren and Communities in a Transforming Europe (822664 – MiCREATE -H2020-SC6MIGRATION-2018)

The MiCreate project proposes a comprehensive exploration of contemporary processes of integration (inclusion) of migrant children and young people to help them make their voices heard and thus empower them. The main aims are:

The underlying ethos of the project builds on creating a space allowing children and youth to express themselves and their interests. The child/youth-centred approach to exploring and surmounting integration(inclusion) challenges is followed throughout the work packages to circumvent the common-sense presuppositions about what ‘we’ – adults tend to think of as the indicators and stimulators of integration (inclusion).

The project is being implemented in 10 European countries (Slovenia, United Kingdom, Denmark, Spain, Grecia, Polonia, Austria, Italia, Portugal y Francia) and 15 institutions. The work programme consists of 12 work packages, developed over three years. Due to the difficulties derived of the Covid pandemic for completed fieldwork at primary and secondary schools, the project has been extended six months, until June 2022.

Given the characteristics of the project, important contributions have been made in the form of publications, organisation of symposia, participation in conferences, policy reports, etc., accessible on the project’s website.

The development of the project has allowed us to profoundly discuss several relevant issues from which we highly two: Integration or inclusion, and child/youth-centred perspectives. 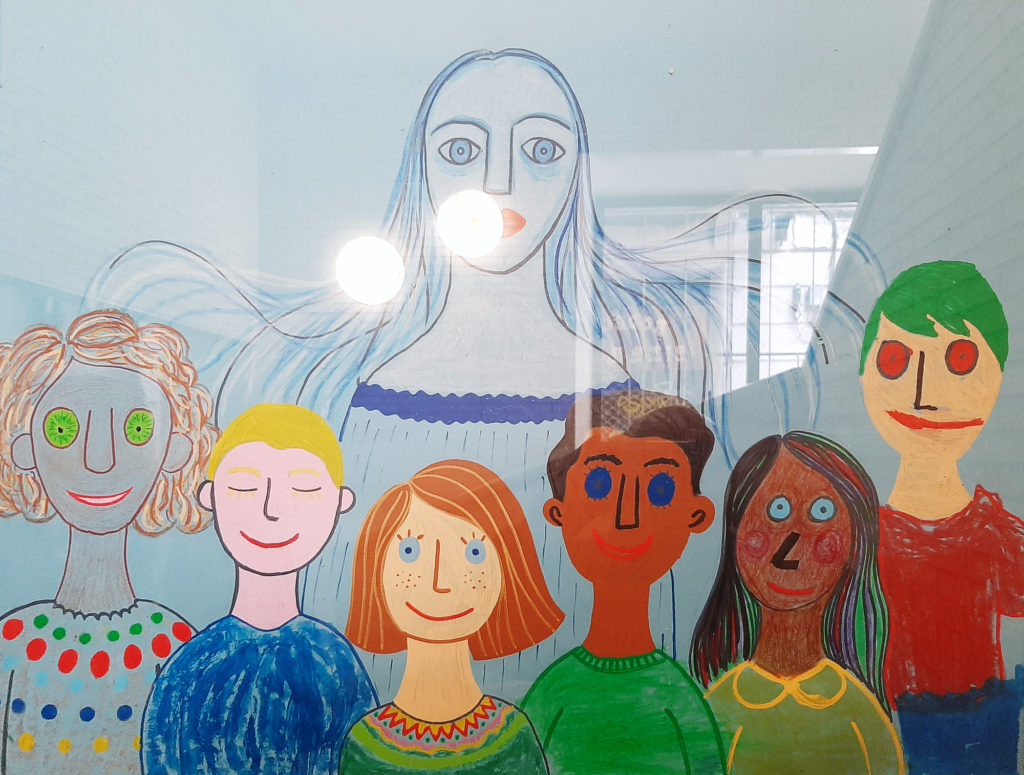 The proposal submitted to the call, systematically use the notion of “integration”. The deepening of this concept and the work with primary and secondary students from a decolonised perspective (Cannella & Viruru, 2004; Smyth & McInerney, 2012), allowed us to introduce a diversified perspective to this topic through de notion of “inclusion” (Gornik, et al, in press).

Migrant integration tends to refer to national or supranational decisions, specific proposals, programmes, theories, or models that guide and have an impact on people’s life to achieve the desired situation. At the policy level is essentially value-laden, highly normative, and action-oriented, proposing what we as a (political) community should do rather than merely describing how we are.

Barker et al. (2018), Pötzsch (2020) and Harman (2016) highlight the significant epistemic and social differences between integration and inclusion in education systems.  Promoting inclusion implies that educational systems serve every child, regardless of their background and social, cultural, and physical conditions. This is a goal that requires a great deal of effort to achieve. An endeavour that needs the whole of society, not just the education systems. In research and educational terms, it means rethinking onto-epistemological, ethical, and methodological positionings. It means, looking at migrant children, young people, and adults as “a legitimate other” (Maturana, 1990: 24).

MiCreate employs a methodological research perspective called ‘child-centred approach’ (Due, Riggs & Augoustinos, 2014). This viewpoint introduces the need for a series of deconstructions of the usual way of conducting educational and social research to intensively consider the participation and interests of children and youth. The interest in deepening the recognition of children and young people and their agency is related to a significant shift towards a less adult-centred and more child-centred relationship. A review of the meanings, the methodological and ethical implications of this approach has led us to observe that the foundations of this perspective in research appeal to the participation of children, their agency and authorship in the creation of knowledge and their capacity to make decisions, act and express themselves within the framework of a research process (Stuardo-Concha, Carrasco & Hernández-Hernández, in press).

MiCreate, in its exploratory part, mainly concerns a child/youth-centred approach to understanding integration challenges, migrants’ needs and their well-being. To achieve that, the project tries to follow this approach in three essential areas:   in research, creating educational practices and developing policy recommendations.

Harman, B. (2016).  Inclusion / Integration. Is There a Difference? https://www.google.com/search?client=firefox-b-d&q=CDSS-integration-vs-inclusion.pdf

Members’ research group of the University of Burgos: